Top 10 Reasons for getting blurry photos.

When I started with DSLR photography I could not understand why so many of my photos were blurry. This article will shed some light on the root causes.

What may seem like random focus problem could very well be a minor issue that can easily be avoided if you test your focus and learn how your equipment takes pictures at different settings.

I would really have liked to know this when I started, so I hope by sharing this I can help others to more quickly get to the point where they get consistently sharp photos.

The top reasons images are blurry (each will be explained later):

Well actually that was eleven, but who is counting

Your camera knows everything about this rule, and so should you. When you hold your camera in your hands you cannot help but to shake or move just a tiny bit. If you look trough your viewfinder at something that is far away and you zoom all the way in on it, then this tiny movement will cause the image in the viewfinder to move a lot. The more you zoom the more this movement will be. You will need a shutter speed that is fast enough to freeze this movement when shooting handheld photos.

The rule of thumb is:

You lens is zoomed in at 50mm, then your shutter speed should be at least 1/50 s

You lens is zoomed in at 20mm, then your shutter speed should be at least 1/20 s

You should always check that the shutter speed is fast enough by half-pressing the shutter button and looking in the viewfinder to verify that the speed is fast enough. On Canon cameras it will the number on the left in the viewfinder. They don’t show the “1/” part – just the number, which makes it easier for you – you just have to check that the number on the left is larger than your lens is zoomed at.

Okay that is simple, but have in mind this is just a rule of thumb. If you are close to this limit you might want to try a few more shots at a higher ISO, or with a more open aperture (lower F-value) – whatever it takes to get the shutter speed faster.

Alternatively just use a tripod, a table, fence, a rock or what ever it at your disposal to prevent the camera from shaking – then you don’t have to care about this rule.

If you have a lens with IS (Image Stabilization used by Canon) / VR (Vibration-Reduction used by Nikon) then you will be able to break this rule quite a bit before getting blurry results.

No matter what you should always have a shutter speed that freezes the action, so unless you want a blur effect do not go below 1/30 s when taking photos of walking people.

Auto focus is done with TTL (Through The Lens) contrast detection not using the sensor that is going to take the picture (unless you have a modern DSLR that has Live view). So it is making an educated guess as to where to correct focus should be, and then it opens the shutter mirror to record the image that hopefully is in focus.

The rumor is that Canon has not released enough information on their focus system, so third party makers have to guess. Some brands have a lot of difficulties getting focus right, and what is worse is that changing camera body may render a previously good lens useless. When I changed from a EOS 10D to EOS 20D I had to sell my favorite “Sigma 24-70mm F2.8 DG” lens. It consistently focused just in front of what I focused on, thus making all photos blurry at focal lengths below 50mm.

Here is a focus test done with a tripod at 24mm – the black line is supposed to be in focus, but it is not:

The same test at 70mm hit the focus perfectly.

The good news is that if you stick to original Canon lenses you are much less likely to have any focus problems. I would definitely not recommend a different brand lens at focal lengths below 50mm (unless you test it with your camera and can return it in case of problems).

So test your lenses at both ends of their zoom focal length range, so you know if you have a problem, so you can avoid surprises.

Modern cameras like the “EOS 5D Mark III” has a menu for adjusting focus problems on specific lenses, so if you have a camera that supports this you should be able to adjust it pretty easily, but you have to make the focus test!

This one is so obvious it goes without saying, but I wanted to mention it anyway. If someone is moving away from you or towards you, then you must turn on some form of focus tracking and not use single shot focus, so the camera has a chance to get the focus right.

Auto focus was not locked on the intended subject

This is a classic! Two people line up for a photo and you aim the camera in between them to get them both in the frame, and then when you take the photo the wall in between the two is in focus, but not the people you wanted in focus.

If the Depth Of  Field is small then recomposing the shot can also give you problems:

First you focus pressing the button half way down: 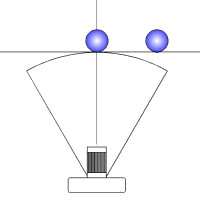 Next you recompose the photo and take the shot.
The person on the right might not be in focus if DOF is small: 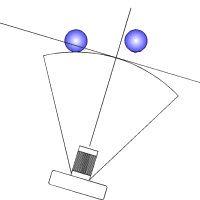 Shutter speed was too slow to freeze movement 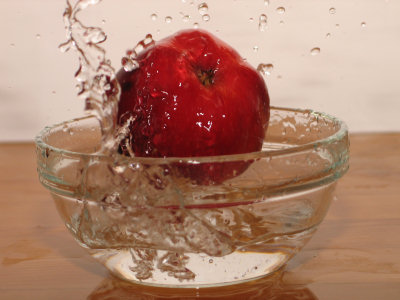 If you want an artistic effect you can do the opposite and deliberately use much too slow a shutter speed, like 4 seconds to make water silky smooth (tripod and ND filter needed): 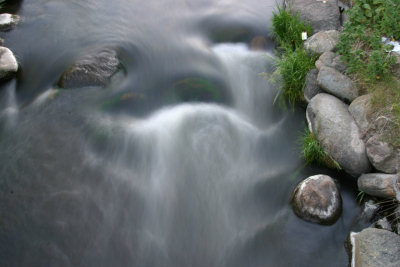 Depth of Field was too shallow

Depth of Field describes how much of the photo is in acceptable focus around the spot you focused on. So if DOF is very thin it makes if very important that the auto focus is right on the spot every time, and this is not the case for all entry level DSLR’s even though they really have improved a lot.

There are three contributing factors to a small Depth Of Field. If you want a small DOF make sure you follow them, and if you want a wider DOF change on or more of the factors:

Here is an example of a hair line DOF: 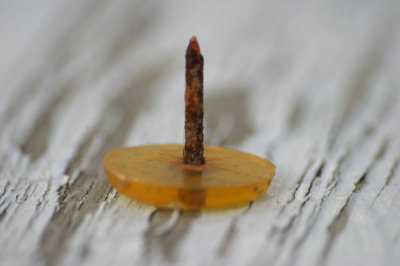 You can calculate how much DOF you get using an online calculator. DOF is what makes macro photography so difficult because you do all the “wrong” things, and end up with only a few mm DOF, and the only remedy is to either move away or to stop down the aperture (higher F-values like f/16), but not too much as you will get diffraction to blur the image at around f/22 and beyond.

Here is an example of where things go wrong: 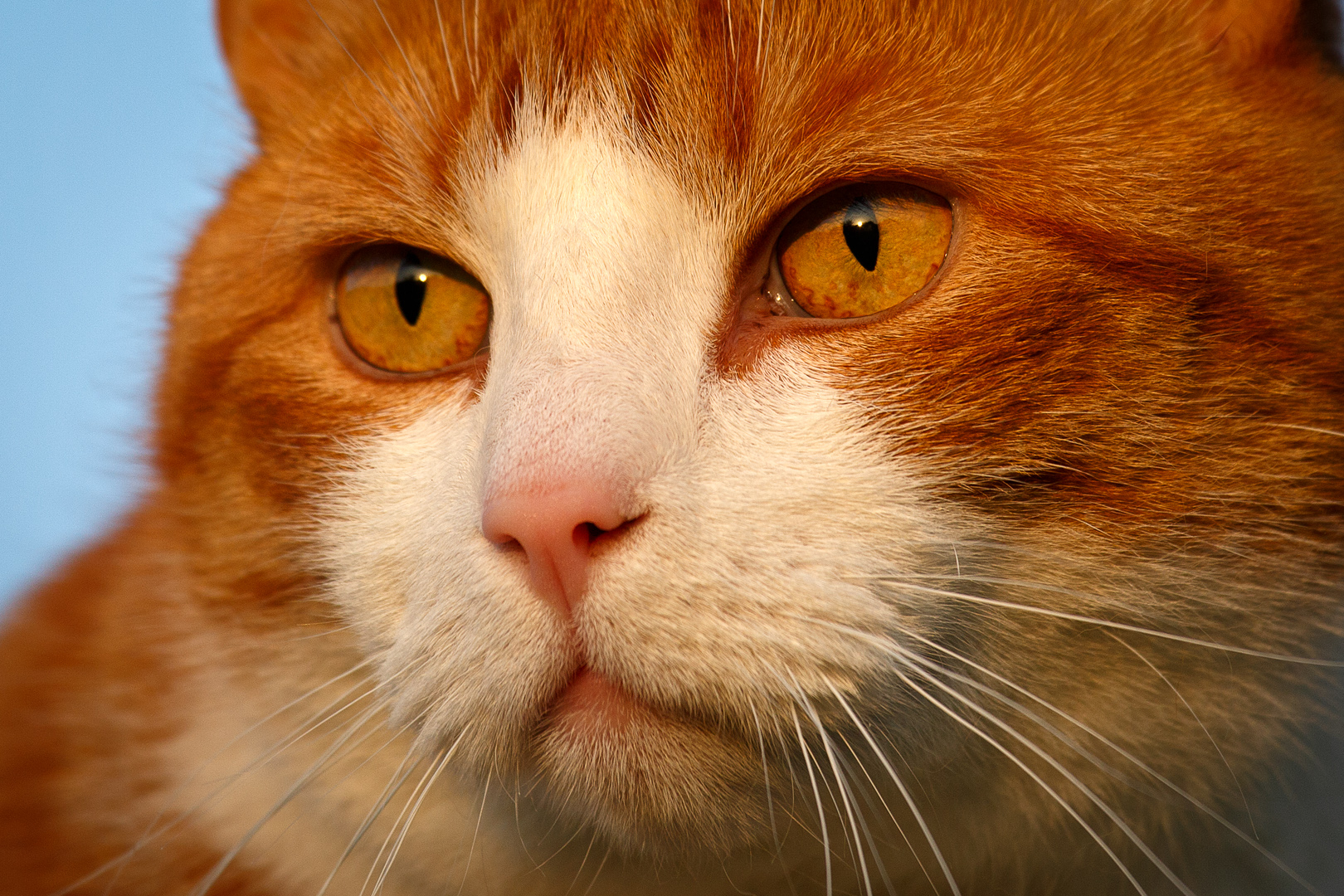 The cats left eye on the right is in perfect focus, but due to DOF the other eye is not.

Here is a close up of the blurry eye: 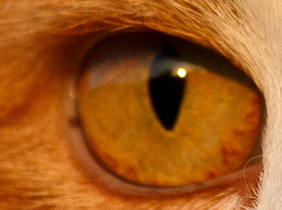 Settings: f/6.3, 1/400 s, 200mm, ISO 400 with the “Canon 70-200mm f/4 L IS”.
The sunset light was not so bright and I didn’t want to have the lens fully opened at f/4 to avoid too many DOF problems, so I went for ISO 400 (I was very close and zoomed all the way in). I should have gone for f/8 at the sacrifice or either shutter speed or ISO, and since I was using a Canon EOS 5D Mark III, and a good Image Stabilizer lens I could have done either without problems. The photo isn’t totally ruined, but it would have been much nicer with both eyes in focus.

A lens will give you a huge quality difference dependent on the aperture. With the exception of the professional lenses most do not deliver the best quality fully opened (at f/1.4 or what ever is possible with the lens you use). On the other end of the scale: if you close it down to f/22 then you will get blurred results due to diffraction.

For more information on diffraction and sample images see here.

So for most lenses the best results are somewhere in between. Some Studio Photographers make sure the lighting is adjusted so that f/8 can be used, as they know from experience that this gives both nice quality, but also a fairly good wide Depth Of Field, while staying away from diffraction.

You should use a tripod, set your ISO to 100, set the camera in Av mode and and test all your lenses with different aperture settings. You then crop a small section of them all out and compare. I did this with my “Canon 10-22mm EF-S” lens with my EOS 20D camera, and you can see the results here: 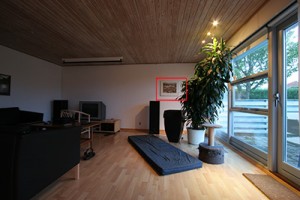 The whole scene with the part I crop out shown.

You can clearly see that the image is very soft fully open at f/3.5, and no pictures should ever be taken at that aperture. Nice to know when you want sharp nice photos!

It should be noted that this is the only lens I have seen that is this bad fully opened – on most lenses I use I hardly see any difference, but you never know until you have tested it.

Lens has too little resolution

If all of your photos without exception are blurred, and it isn’t front or back focus problems, then it is most likely because your lens is not able to produce enough resolution (MTF) for you camera. Borrow a better lens with high MTF values and try again.

Cameras can in some instances fail to auto focus even if everything should be fine. Most of the time this is due to either front- or back-focusing problems as already mentioned, but they can fail. However, if you take a few pictures in a row, then at least one of them will be fine no matter how bad and glitchy your camera is.

There should be no reason you cannot get photos this sharp no matter what DSLR you use: