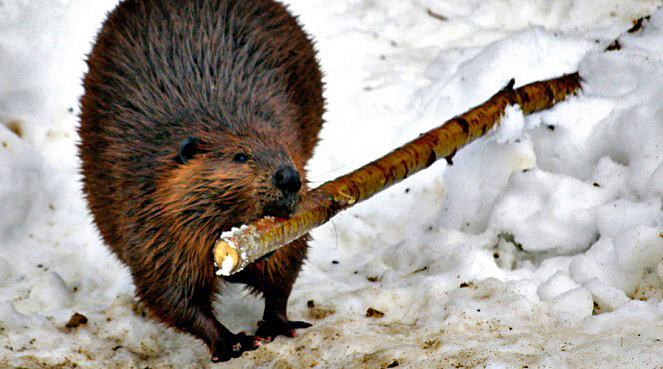 Why do food companies list “Natural Flavor” as an ingredient? Probably because it sounds more appetizing than “Flavor Extracted From A Beaver’s Ass.”

For some unknown reason, the largest flavoring company in the world recently revealed a number of revolting secrets to CBS News. Among other things, the story confirmed that “natural flavors come from nature, but not necessarily from what the label implies. For example, strawberry and vanilla flavor can come from the gland in a beaver’s backside.”

That gland is filled with Castoreum, described on Wikipedia as the “yellowish secretion of the castor sac in combination with the beaver’s urine.” According to a study published in the International Journal of Toxicology, the substance has been “used extensively in perfumery and has been added to food as a flavor ingredient for at least 80 years.”

The bottom line is, natural flavor can come from anything in nature, no matter how grotesque. Artificial flavor, meanwhile, refers to a chemical additive that is 100 percent man-made, from scratch. These flavors are designed from the ground up to be irresistible, addicting, and short-lived, to ensure that once we pop, we can’t stop.